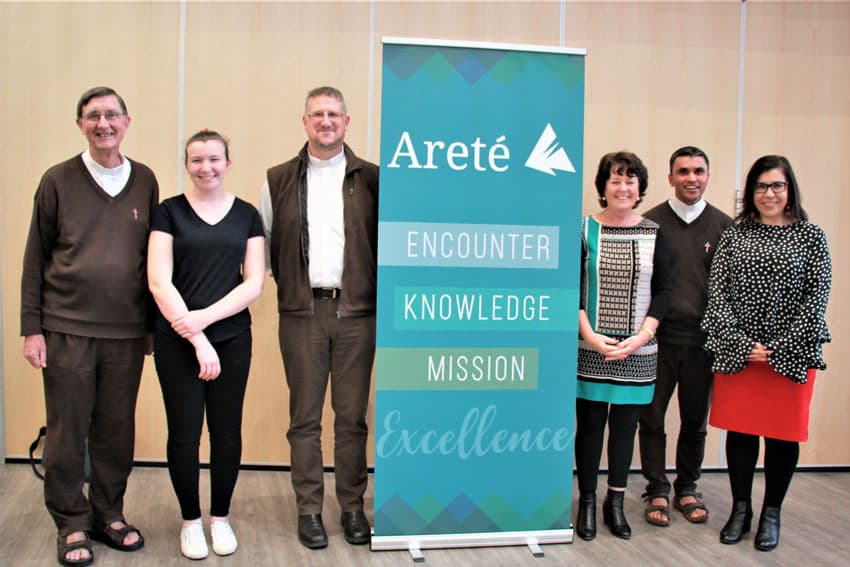 A new centre to form missionary leaders for Catholic ministry in the 21st century has been founded in Sydney by Fr Chris Ryan, a priest of Australian religious order, the Missionaries of God’s Love.

The Areté Centre for Missionary Leadership was launched at the Marist Senior Leadership Centre in Penshurst on 15 June.

The aim of the centre is to equip people to be lay leaders in today’s secular world through courses that bring together sound theological knowledge and life-changing encounters with God.

The word Areté is Greek for “excellence of any kind” or “moral virtue”.

“A really crucial part of the MGL mission is that we really want lay people to be empowered for ministry. That’s always been part of the MGL focus and something that we’ve always thought is important,” said Fr Ryan, who recently completed his doctoral thesis in youth ministry.

WE REALLY WANT LAY PEOPLE TO BE EMPOWERED FOR MINISTRY

A lack of proper training for those undertaking missionary work and a rapidly changing secular culture, were the main reasons that prompted the founding of the Areté Centre, Fr Ryan said.

“I found myself asking what might be helpful in that area and particularly recognising that with a lot of lay ministry in the Church, training is either pretty ad hoc or you’ve got to do a degree and really there’s a need for something in between those two things.”

“They need solid formation and I think especially with the recognition that we’re moving into a really new time in the Church where there are more people coming into those sorts of ministries.”

“We’re not just living in an era of change, we’re living in a change of era, as the Pope has said. So we’re talking about a massive cultural change and the Church has got to catch up to that and respond to it.”

A course on Foundations of Missionary Leadership is planned to begin next year at the Areté Centre and will cover three key areas: encountering Christ through prayer and hearing the Gospel, formation in Catholic theology and doctrine, and  Ministry Leadership, which will equip people with skills such as evangelisation and music ministry.

Fr Ryan said the course is geared towards those who are already working as ministry leaders or those who want to undertake such work.

The Foundations of Missionary Leadership course is set to begin in January next year.